What child is there who does not know the mockingbird, caged or free? In the North you very rarely see one now-a-days behind prison bars, for, happily, several enlightened states have made laws to punish people who keep our wild birds in cages or offer them for sale, dead or alive. When all the states make and enforce similar laws, there will be an end to the barbaric slaughter of many birds for no more worthy end than the trimming of hats for thoughtless girls and women. Birds of bright plumage have suffered most, of course, but the mocking-birds’ nests have been robbed for so many generations to furnish caged fledglings for both American and European bird dealers, that shot guns could have done no work more deadly. Where the people are too ignorant to understand what mockingbirds are doing for them every day in the year by eating insects in their gardens, fields, parks, and public squares, they are shot in great numbers for the sole offence of helping themselves to a small fraction of the very fruit they have helped to preserve. Even the birds ought to have a “square deal” in free America: don’t you think so?

Although not afflicted with “the fatal gift of beauty,” at least not the gaudy kind, like the cardinal’s and scarlet tanager’s, the mocking-bird’s wonderful voice has brought upon him an equal quantity of troubles. Keenly intelligent though he is, he does not know enough to mope and refuse to sing in a cage, but whiles away the tedious hours of his captivity by all manner of amusing and delightful sounds. Indeed it has been found that the household pet is apt to be a better mocker than the wild bird—a most unfortunate discovery. Not only does he imitate the notes of birds about him, but he invents all manner of quips and vocal jugglery.

His love song is entrancing. “Oft in the stilly night,” when the moonlight sheds a silvery radiance about every sleeping creature, the mockingbird sings to his mate such delicious music as only the European nightingale can rival. Perhaps the stillness of the hour, the beauty and fragrance of the place where the singer is hidden among the orange blossoms or magnolia, increase the magic of his almost pathetically sweet voice; but surely there is no lovelier sound in nature on this side of the sea. Our poet Lanier declared that this “heavenly bird” will be hailed as “Brother” by Beethoven and Keats when he enters the choir invisible in the spirit world.

Ever alert, on the qui vive, the mockingbird can no more suppress the music within him, night or day, than he can keep his nervous, high-strung body at rest. From his restlessness alone you might know he is the cousin of the catbird and brown thrasher and is closely related to the wrens. Flitting from perch to perch (fluttering is one of his chief amusements even in a cage), taking short flights from tree to tree, and so displaying the white signals on his wings and tail, hopping lightly, swiftly, gracefully over the ground, bounding into the air, or the next minute shooting his ashy gray body far across the garden and leaving a wake of music behind as he flies, he seems to be perpetually in motion. If you live in the South you can encourage no more delightful neighbour than this star performer in the group of lively singers. 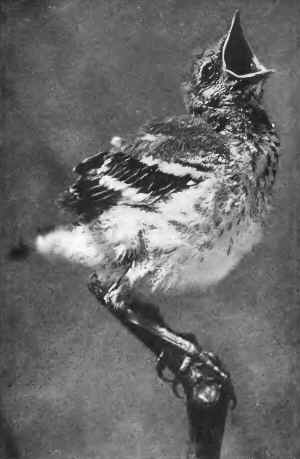 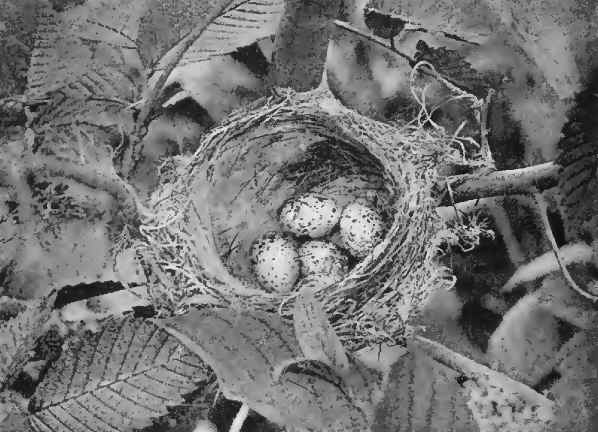 All is well with this yellow warbler’s nest 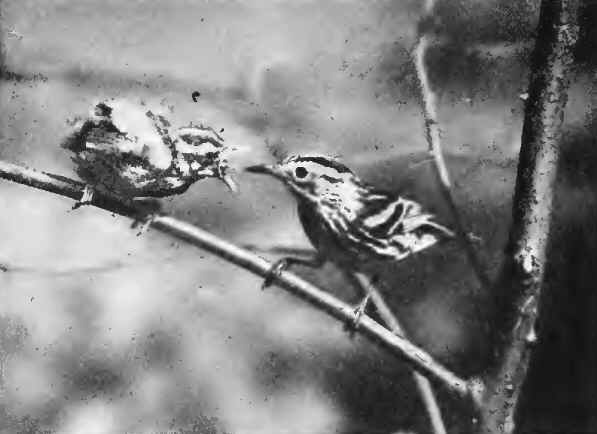 Dinner for one: a black-and-white warbler feeding her baby

Leave a reply to Bird – The Mockingbird
30 Days Wild