High up in the top of elms and maples that line village streets where the red-eyed vireo loves to hunt, even among the trees of so busy a thoroughfare as Boston Common, an almost continuous warble in the early summer indicates that some unseen singer is hidden there; but even if you get a glimpse of the warbling vireo you could not tell him from his red-eyed cousin at that height. Modestly dressed, without even a white eye-brow or wing-bars to relieve his plain dusty olive and whitish clothes, he is the least impressive member of his retiring, inconspicuous family. He asks you no questions in jerky, colloquial triplets of song, so you may know by his voice at least that he is not the red-eyed vireo. Some self-conscious birds, like the song sparrow, mount to a conspicuous perch before they begin to sing, as if they had to deliver a distinct number on a programme before a waiting audience. Not so with this industrious little gleaner to whom singing and dining seem to be a part of the same performance—one and inseparable. He sings as he goes, snatching a bit of insect food between warbles.

Although towns do not affright him, he really prefers wooded border-land and clearings, especially where birch trees abound, when it is time to rear a family. 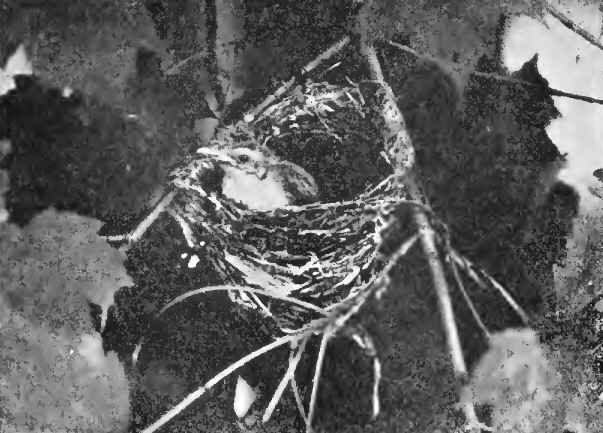 A red-eyed vireo baby in his cradle 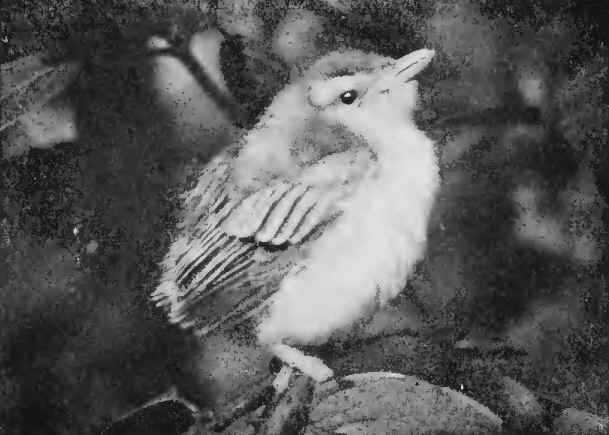 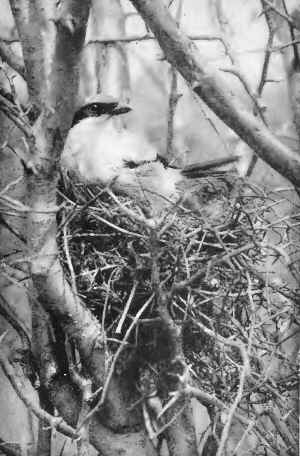 Home of the loggerhead shrike, with plenty of convenient hooks for this butcher bird to hang meat on.

Leave a reply to Bird – The Warbling Vireo
30 Days Wild